2022 News Recap - The Biggest Canadian Stories of the Year 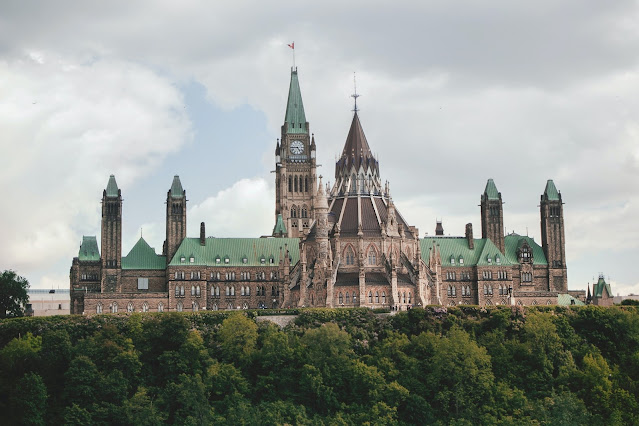 2022 was a momentous year for Canada, with political turmoil, provincial elections in Ontario and Quebec, new premiers in BC and Alberta, and the lifting of covid-19 restrictions that had been in effect across the country for over two years.
In January the Truckers for Freedom Convoy headed for Ottawa, and by February it was no longer possible to deny that millions of Canadians were fed up with the government's long-standing covid-19 restrictions. Vaccine mandates and other restrictions were gradually lifted province by province, with the federal government eventually following the provinces' lead at long last.
The return to normal life is arguably the biggest story of the year, but it was quickly overshadowed by Russia's full-scale invasion of Ukraine in late February. Millions of Ukrainians fled the country, including over 100,000 who arrived in Canada this year. The Canadian government has pledged over $1 billion of military aid to Ukraine. The war has also highlighted the ongoing importance of Canadian oil and gas to the energy security of Western countries.
Ontario gave conservative premier Doug Ford a second majority government in June, and Quebec gave authoritarian premier François Legault a second majority government in October. Alberta and Saskatchewan are following Quebec's lead in demanding more provincial autonomy. In Alberta, the UCP dumped Jason Kenney and replaced him with the impulsive, unpredictable Danielle Smith. However, the one thing you can count on is her opposition to federal interference and impositions, which Trudeau has become known for.
Pierre Poilievre won the leadership of the Conservative Party of Canada by a landslide, placing first in the vast majority of ridings across the country. The CPC continues to poll well heading into the new year, leading in the Prairies, BC, and the only province that matters, Ontario.
Queen Elizabeth II passed away in September at 96 years old. The Queen was very popular among Canadians, but attitudes towards the new King are more ambivalent. Canada's loyalty to the monarchy is now an open question, but the constitution is unlikely to change any time soon. Constitutional change is a long, complicated, near-impossible task in this country.
Canada qualified for the World Cup for the first time since 1986. They were drawn into a tough group, playing against Belgium, Croatia, and Morocco. Young superstar Alphonso Davies scored Canada's first ever goal at the World Cup, but his team disappointingly lost all 3 games. Croatia and Morocco were outstanding and both advanced to the semi-finals. Soccer fans are already looking forward to the next World Cup, which will be co-hosted by Canada, the US, and Mexico in 2026.
On a much different note, inflation has risen dramatically this year, partially due to the invasion of Ukraine, partially due to governments' covid-19 responses, and partially due to Trudeau's massive spending increases. Canadians are paying more for groceries, transportation, heating, electricity, housing, and pretty much everything.
Meanwhile, millions of Canadians don't have a family doctor, and even those who do have a hard time accessing basic health care. This is nothing new, of course, but it has gotten worse in recent years. Canada's severe doctor shortage is a government-created problem. The Globe and Mail recently published an excellent article on why Canada is failing to recruit enough doctors from overseas. Canada is also failing to train enough doctors at home. It's a deadly combination. No wonder the federal government keeps pushing to expand euthanasia and assisted suicide (known in Canada as MAID, or Medical Assistance in Dying). It's much cheaper to kill sick and disabled people than to hire more doctors.