Canada Must Not Go to War in Europe 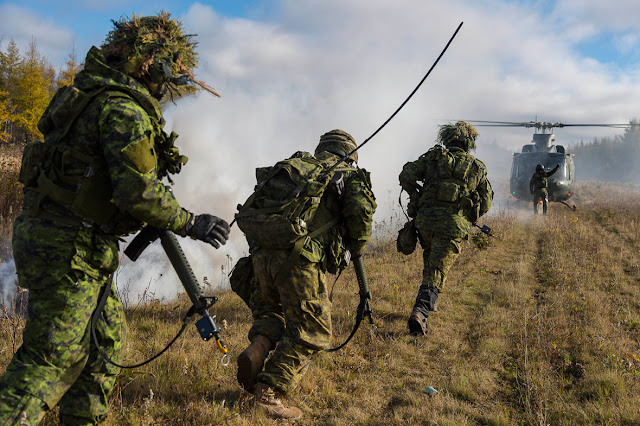 Since Vladimir Putin launched a full-scale invasion of Ukraine, the possibility of war spreading to other Eastern European countries has become a very real danger. Multiple NATO countries are at risk of Russian invasion, including Estonia, Latvia, and Lithuania.

If any NATO country is attacked, Canada is obligated by Article 5 of NATO's founding treaty to come to their aid. This may include "the use of armed force" if deemed necessary. However, sending troops is not required by the treaty.

The reality is Canada has nothing to gain from joining a war in Europe, and everything to lose.

Canada is currently burdened by record-high debt, and any military action would be very costly. For example, the Afghanistan War cost Canadians an estimated $18 billion. The human cost was also high. 165 Canadians were killed and over 2000 Canadian soldiers were injured. Thousands more were diagnosed with PTSD after deployment.

A war against Russia, which has one of the world's largest and most advanced militaries, has the potential to be far deadlier. If Canadian troops joined the war, it could even make Canada a target for nuclear weapons.

The Canadian Armed Forces also has a limited amount of modern equipment. Our navy's 12 frigates are split between 2 fleets in the Pacific and Atlantic. Our air force's fleet of approximately 80 fighter jets is 40 years old and nearly obsolete. Canada's military procurement system is infamously slow and expensive, so any major new acquisitions would take years to arrive.

Every overseas deployment takes resources away from the defence of our own country. Joining a war in Europe would leave Canada's vast arctic, airspace, and maritime borders vulnerable to attack.

There are many actions that Canada can take to support NATO allies without deploying forces overseas. Economic aid and humanitarian aid will be needed. Sending weapons is a possibility, as are further sanctions against Russia and Belarus.

Europe is largely reliant on Russian oil and gas, which Putin could cut off. Canada should start building the necessary infrastructure to increase energy exports to Europe. The United States also imports millions of barrels of oil from Russia every month, but yesterday US President Joe Biden announced a ban on Russian oil. Canada should be able to increase energy exports to the US relatively quickly and easily.

Welcoming refugees to Canada is also necessary. Over 2 million Ukrainians have already fled their country. Poland alone has taken in over 1.2 million Ukrainian refugees. If the war escalates, an unprecedented number of refugees will flee Eastern Europe. European countries could be quickly overwhelmed by the sudden flood of refugees, and Canada has the ability to help.

Resettling refugees and increasing energy exports will also benefit our economy and society. Going to war would bring no benefits to Canadians. War would be expensive, deadly, and extremely risky, and Canada would gain nothing.