The Politicization of Vaccines 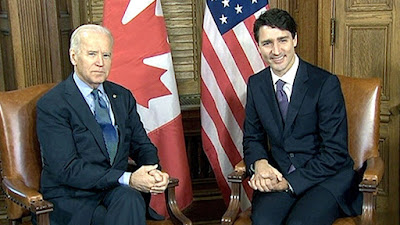 Before this year, vaccines were mostly apolitical objects. The vast majority of people viewed getting vaccinated as a morally right thing to do, to protect both yourself and those around you. There has always been a small anti-vaxxer minority, but before 2021 they were inconsequential in both public health and politics.

Then in early 2021 murmurs began in the political world, mostly from the left, proposing vaccine mandates, including so-called "vaccine passports." The concept was roundly rejected by leaders as discriminatory, unnecessary, divisive, and counter-productive.

As the summer went on, politicians' attitudes changed. In August, mere days before calling an early election, Justin Trudeau backtracked and promised to impose vaccine mandates on millions of Canadians. In September, US President Joe Biden also announced his first vaccine mandate.

Vaccine mandates proved to be a brilliant political move. Politicians could say they were doing more to fight covid-19, and more importantly, they could paint everyone who opposed such measures as anti-vaxxers.

However, this opportunistic politicization of vaccines has resulted in massive backlash. Many essential workers and even healthcare workers are being threatened with termination at a time when we need them the most. Countless concerns about government overreach, discrimination, racial inequities, human rights, ethics, privacy, bodily autonomy, medical coercion, and enforcement have been raised. I can't outline all the arguments against vaccine mandates here, and that's not the point of this article.

Justin Trudeau's prediction in January was absolutely right: vaccine mandates have had "divisive impacts on community and country." The politicization of vaccines has significantly strengthened anti-vaxxers' ranks and done enormous damage to public perceptions of vaccination. Before 2021, vaccines were seen as apolitical. Now vaccines are popularly associated with leftist politics, restrictive laws, mandates, and authoritarianism. Those associations, whether true or not, will likely remain ingrained in the public consciousness for many years to come.

By turning vaccines into a political tool and a political symbol, Justin Trudeau and other politicians  have inadvertently done enormous damage to the cause of vaccination. Politicization has undermined public trust in vaccines, health authorities, and even the healthcare system as a whole. This damage will be very difficult to reverse.