Canada Does Not Need Troops Overseas 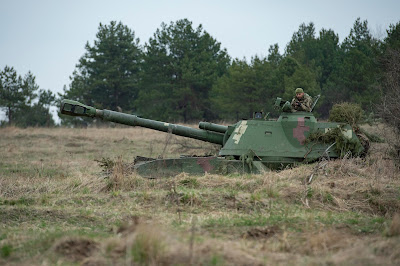 Canada currently has thousands of troops deployed overseas. That simple fact is not secret information, but it's not well known either. The press rarely talks about it and politicians almost never mention it. The Canadian public funds these overseas missions, but the average Canadian knows very little about our military's overseas escapades.

How many countries does the Canadian military currently operate in? How many can you name?

More importantly, are any of these operations actually necessary for Canada's national security?

In Europe, Canada has significant numbers of troops in Latvia and Ukraine. Operation Reassurance, based out of Latvia, has "up to 915" members deployed at any given point in time from the navy, army, and air force. The operation's purpose is vaguely defined as "NATO assurance and deterrence measures" intended to "show the strength of Allied solidarity." It is Canada's largest overseas mission, but it is very difficult to make a case for any connection to Canada's national security. Most Canadians wouldn't even be able to locate Latvia on a map.

Canada also sends "about 200" troops to Ukraine every 6 months as part of Operation Unifier. This mission trains Ukrainian security forces. It may be helpful for Canadian-Ukrainian relations, but it is not essential to Canada's national security.

In the Middle East, the Canadian Armed Forces are currently operating in Iraq, Kuwait, Lebanon, and Jordan. With the United States and Iran fighting over influence in the region, Canadian troops are faced with a very volatile and dangerous situation in the Middle East. Last year there were multiple attacks on American military bases in Iraq housing Canadian troops. It is not in Canada's public interest to continue sending troops to the Middle East, where they could easily be entangled in another long and costly war.

In fact, it's not in Canada's public interest to deploy large numbers of troops anywhere overseas. These missions contribute nothing to Canadians' safety and security, cost taxpayers billions of dollars, and run the risk of blundering into another endless war. Canada's overseas missions don't help Canadians and only serve to appease political pressure from the United States.

It's time to stop trying to emulate American imperialism and bring our troops home.