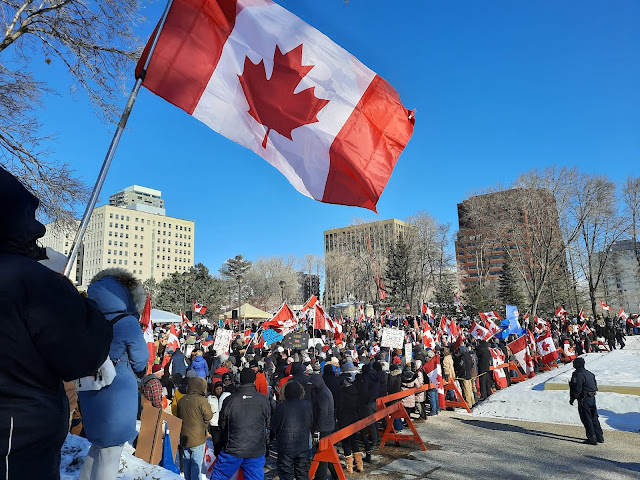 A protest against covid-19 restrictions outside the Alberta Legislature, February 22, 2022.

Every province in Canada, except for British Columbia, has announced a plan to drop vaccine passports.

Quebec and Newfoundland both plan to end their vaccine passport programs by March 14.

This leaves British Columbia as the last province holding on to vaccine passports. Despite declining covid-19 hospitalizations and a high vaccination rate, the province has yet to announce any end to their vaccine passport program. However, the province's health officer Dr. Bonnie Henry has suggested some restrictions may lift by spring.

"Looking ahead, as we expect transmission to continue to decrease and the weather gets warmer… we will likely no longer need those extra layers of protection," Dr. Henry told reporters today.

According to CTV News, 90.6% of BC's population over the age of 5 has been vaccinated for covid-19. This is slightly higher than the Canadian average of 88.5%.