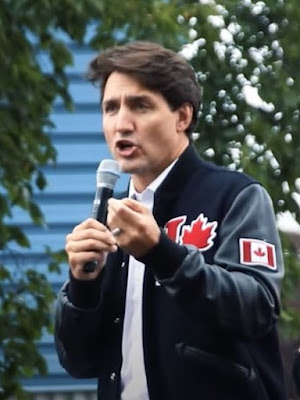 In June the Trudeau government pushed Bill C-10 through the House of Commons. The bill aimed to classify online content as "broadcasting," thereby granting the government sweeping new powers to regulate and censor the internet. Fortunately Bill C-10 died in the Senate as they didn't have enough time to pass the bill before Parliament's summer recess.

Later this summer Justin Trudeau announced plans to further restrict free speech by expanding the legal definition of hate speech and creating a new bureaucracy in charge of "digital safety." The new Digital Safety Commissioner of Canada would have the power to regulate, spy on, and censor social media.

On August 13th, only 2 days before calling a federal election, the Trudeau government made another divisive announcement. Vaccine passports would soon be required for everyone travelling by air and train within Canada, everyone working for the federal government, and everyone working in federally regulated industries. Canadians would need the government's permission to travel within our own country, and the only way to get that permission would be to hand over our confidential health records.

In effect, Trudeau's plan would create a segregated society where people without vaccine passports are treated as second class citizens, unable to travel and work in many industries.

It's not difficult to see that Trudeau has strayed far from liberal values in the past few years and become increasingly authoritarian. Regulating online content. Censoring social media. Restricting human rights. These are the things Trudeau has focused on this summer, and he's doubling down as he campaigns across Canada.